Nicole Havlicek, originally from Ontario, Canada, moved to the United States on a full athletic scholarship to the University of California, Berkeley. She excelled both academically and athletically, majoring in Economics and earning the titles of Co-Captain and MVP of the Women’s Tennis Varsity Team. 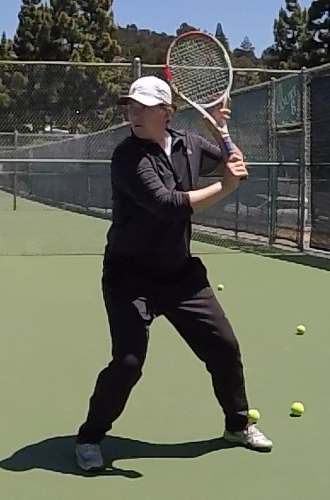 Nicole has experience and success coaching players of all ages and levels of the game including beginners, top ranked juniors, high school tennis players and adults.

She has proven success helping adults advance their NTRP ratings, and having been a successful junior and collegiate player herself, she understands what it takes for junior players to be competitive at a high level, and go on to compete nationally.

Although Nicole is a strong high performance coach, she also thoroughly enjoys and has helped many players, both kids and adults who are new to the game learn the sport of tennis.

Not every successful player is a good coach but Nicole has a natural talent for effectively communicating to her students what it takes to become a successful tennis player in a way that’s easy to understand and implement.

As a Golden Bear, Nicole represented the team in both singles and doubles on a team ranked #2 in the nation. Individually she was nationally ranked #90 in singles and #17 in doubles in the ITA Division I Women’s Collegiate Tennis Rankings. She was regionally (Northwest Region) ranked #22 in singles and #10 in doubles.

In her final season as a member of the Cal Women’s Tennis varsity squad, Nicole was team Co-Captain, led the team in wins and was named Team MVP. She held a 28-10 overall record in singles including an outstanding 19-5 mark in dual match competition. In doubles, her record was 22-6 alongside partner Jody Scheldt.

While playing she also excelled academically and earned the distinction of being named to the Pac-10 All-Academic, Second Team.

As a junior, Nicole was ranked #1 provincially in both singles and doubles. In the U18 Canadian National Rankings she finished ranked #8 in both 1998 and 1999. She was a Doubles Finalist at the Canadian National Junior Championships.